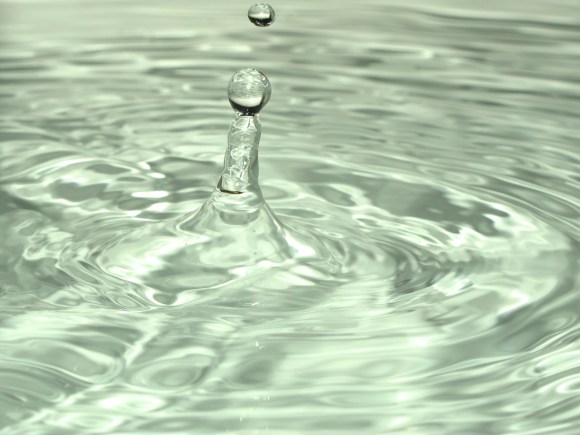 A few weeks ago, I read an article by Nadia Bolz-Weber, ‘The Spiritual Practice of Saying No.’ The title invites an immediate shift in how we view our commitments, boundaries and pleasing impulses. Do we say yes because we are afraid to say no? Afraid of disappointing the asking party? Afraid of not doing our part?

I’ve been a mostly stay at home mom for more years than I am comfortable with. I say ‘mostly’ because during my stay at home period, I have gone back to school, opened and closed a business, volunteered on initiatives, boards and committees far surpassing, in aggregate, the 40+ hours a week I might spend on a full time paying job. Truth? Sometimes wish I had a demanding full time job, if only for a valid excuse to decline further commitments.

An aside. At church this past Sunday, I was asked to sign up to bring a dish for the Commitment Sunday celebration. I replied that I had made a Commitment to myself to not take on any more Commitments for a while. After adequately congratulating myself for quick wit, I was thrilled that my first impulse was ‘no’ and not ‘um, suuuuure.’

Still, even explaining myself this way highlights a common issue. Did you see how I qualified my *just* ness? As if being [just] a stay at home mom was an easy task, one that needs the bold type of consumptive volunteering. Yet, I know I am not alone in this semantic struggle. Somehow I have to prove that I have been doing way more than you think, honest. And this, friends, is how women fall under the spell of busy as success, perfectionism and people pleasing. A veritable troika of suburban female misery.

How much is enough?

Sometimes fear of saying no is a question of worthiness. As in, my own. When I get invited to a new board, attend an important civic meeting, or help plan an event, I immediately scroll through my standing commitments, and go, ‘sure, I probably have time for that.’ Or more often, ‘I can make time for that. Thursday night is open.’ All the other nights might be full, but Thursday is open, so yup, count me in.

What sinister subtext! Sparing only a sliver of open time, I still feel compelled to be doing something useful, to make a contribution. Staying home with my family? No time for such triflings! There is a community to save. And there it is…the ego. I crave acceptance and attagirl! just like anyone else. I may not be getting paid, but look how much good I am doing!

Another aside. When you spend your time on unpaid, but important work, you still crave validation. I do anyway. It’s hard to quantify, and sometimes money is the best thanks.

The nagging query…am I enough? I’ll never be able to do enough. There will always be a battle that I could lend my talents and energies to, and I won’t be able to. Will occasional non-participation become for me a point of shame, or will I be able to shrug it off and trust that others can handle it? That my sitting back actually makes room for others to step up? And you know what, maybe others don’t step forward, and the battle goes unfought. Will I be able to be at peace with my saying no, and accepting it wasn’t my battle to fight? That maybe it was no one’s? This is only possible if I am at peace with me. It’s not about doing enough, but being enough.

Things I learned on Facebook and in therapy last week

The amount of passion or charge you have for something won’t—no, *can’t*—always translate directly into how much energy time and resources you can give it. Acting as if it does will leave you with spent adrenals and a hair-trigger resentment. Dig in too gluttonously on your passion plate, and end up with overpriced sides of frustration and insomnia. A disappointing discovery: I have no internal governing mechanism to police how I spend my time. This may be beneficial to those who want my time and talents, but not great news for my sleep patterns or my family, who prefer me un-caffeinated and around occasionally.

Incredibly deep and all-absorbing focus could mean, ironically, that you have ADD. Interesting conclusion, no? You can thank the photo of Adam Levine that accompanied this story that I clicked and learned this at all. When someone with ADD is interested in a specific topic, she zones in so deep that it’s hard to pull out of that zone. Starting a project is a challenge; but stopping it is an even bigger challenge.

This is why one [*ahem* note to self] must not turn the job of managing time and focus over to the internal passion pusher. Once I get into passion-fueled action, there is scant chance of getting back out without near-physical extraction. Sometimes shakey-handed hunger is all that pulls me out.

This, dear self, is something to work on.

Saying no to things that bore, offend or don’t move you is easy enough. Saying no to things you like, are excited about or want to do is way harder. Our goal might be to spend more time doing things we like and even love. But even things we love can eat all of our time, and leave little for the rest of our life.

I really appreciate the strengths based approach of Marcus Buckingham. Strengths are not things you do well, but things that make you feel strong. Big difference. But resources—the greatest one, our time—are limited, even when it’s time spent on doing things we love. There are plenty of things I am skilled at that drain me. Those are weaknesses, because they leave me feeling weak. A talent or affinity for something does not a strength make.

Making room with No

In the article I mentioned above, Nadia Bolz-Weber explores ‘The Spiritual Practice of Saying No.’ She has developed a list of the different qualities of No.

There’s saying no because I’m too busy.

There’s saying no because I am protecting my schedule from becoming too busy.

There’s saying no to requests to co-sign on someone else’s bullshit.

There’s saying no because the request has more to do with a projection than a reality.

There’s saying no because I want to protect them from their own request being granted (example: no, really, I’m the LAST person you want leading a women’s retreat. Trust me on that.)

There’s saying no when I really could say yes because I want to be able to be at home doing nothing with my kids.

There’s saying no because what is being asked of me is simply not mine to do.

There’s saying no because it will be good to show the other person how to say no.

There’s saying no so that I can say yes to the next request that might really be mine to do.

I immediately loved this list, and the permission—encouragement, even—to say no. What does a crazy schedule crowd out? Through the volunteer commitments and battling the craving for an occasional ego-driven attagirl, there is one thing that keeps rising to the surface, like a satisfying, nourishing cream. One must first be patient and let it rise, then exact precise skill to skim it. 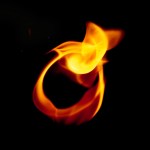 “Writing is the only thing that, when I do it, I don’t feel I should be doing something else.” Gloria Steinem said it first, but it’s fist-meets-gut true for me, too. Yet somehow, I keep forgetting.

I have contact cards with my phone, website and the like. My ‘title’? Writer + activist. For a while, I struggled with this idea that, eventually, I’d *have* to choose. I wrongly read the + as ‘or’, instead of ‘and’. Writer + activist looks like two things I do in separate boxes, set in opposition. Writer/activist is more accurate. Passion/purpose. Fire/water. Writing is the water that cools the passion fire enough to handle it and regard it closely, with some modicum of objectivity. Untethered passion has the potential to consume everything.

The slash in action

This bore out recently, when I got caught up in some drama around our local public schools. I had been attending meetings and taking notes, crafting persuasive arguments and speaking publicly. I can do this well enough, but it’s not my favorite. Plus, my activism ‘calendar’ runs with the school year. I take summers off to prevent inevitable burnout. Lucky me, these particular meetings began in May. Then one in July. One in August, too, which I mercifully and unapologetically missed, out of town on vacation. Meetings and summer break Hoke-ing my child around sapped all of my creative energy. I had plenty of “my stuff” write about, but no motivation or momentum. Or, frankly, time.

Then in October, things came to a head, civic drama wise. While others clamored to organize events and gathered people up in unified effort, I found myself sitting back. Done with meetings. Exhausted. A head full of facts and quotes and data and passion, none of which I had been able to convey in any meaningful way. Individual disgust and frustration with the situation hardly clocked as ‘productive.’ Besides that, bearing it alone weighed on me terribly.

Desperate, I took to my keyboard, just to shimmy out from under that weight. To feel less alone. Some 10,000 words later it was clear. I don’t have to choose. Writing is activism. I have no idea why this surprised me…Gloria Steinem counts herself writer ahead of activist, and has been one of the most important voices of the feminist movement for 40 years. Most often through writing.

I have friends that are great at rallying the troops and running meetings, public speaking and lobbying. My activism is quieter. The effects are less splash, more ripple. It’s a pace I am comfortable with and, gloriously, it suits an introvert’s preference to work in her jammies.

Rushing around, event planning, meeting attending and yessing to commitments that *others* just knew I’d be great for is what exhausted me. And my saying yes was in part because of a fear that it might be the only time someone asks me to do something meaningful and believes me capable of doing it. But *writing* about potentially draining issues actually made me feel stronger, and resulted in impact beyond what I could have accomplished attending a meeting.

That shouldn’t surprise me either. Because:

That is how we do our part. That is how we come to believe we are enough. I welcome the invitations, but my freshly laid boundaries are hardening quietly in the nest. My nest, where I hope to spend more time with the chick and the rooster. I plan to be around occasionally, and may even go decaf. I will be more careful about “saying no so that I can say yes to the next request that might really be mine to do.”

So. If anyone needs me, I’ll be over here in my jammies. Thinking, dissecting, emoting, muttering to myself. Writing.

* if it ever looks like I have forgotten again, that I have rushed the cream or dropped the skimming spoon…will someone be a pal, and remind me? Writing is the only thing that when I do it, I don’t feel like I should be doing something else.

What’s your ‘only thing’? What is the ‘something else’ you get caught up in? Share it in the comments.