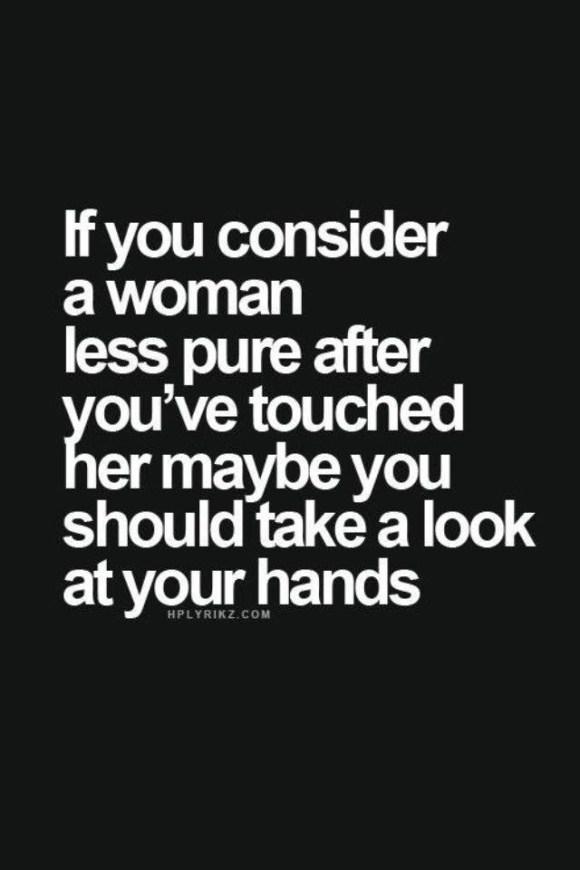 Stasey has created an online artistic vehicle for women to take back the titties. Herself is a new website celebrating women…our bodies, our failings, our complexities. Nude photos [lots of them!] feature alongside interviews of honest, regular women. Lifting the burden of culture and worries about how we look under male scrutiny, the site is simultaneously groundbreaking and obviously simple. It’s a portal into reality, and ass over tits [our tits!] encouragement to seize our sexuality *for ourselves* without shame, judgement or cultural bias.

The nudity on Herself is empowering, unretouched, and unconcerned with the Fuckability Factor. But it is sexy. Who doesn’t marvel at the site of a woman living comfortably in her own skin…owning, finally, that skin. Women answer insightful questions from all over the map…work, monogamy [and polyamory], sex, reproductive rights, the media. How would you describe your personal experience, existing in the way you do, each day? Do you find entering the work force as a woman has any bearing on how people will treat you? How do you maintain a sense of self? What is something you deeply love about yourself? Are you satisfied with the women you see depicted in film, television & advertising? What do you seek through sex? Do you feel that your desires are marginalized in the bedroom or are less important?

But one question stopped me in my tracks. Do women treat you differently than men? For all this feminist empowerment and sexual agency, something occurs to me. I really hope Herself gets the right kind of attention. I mean, guys will find it, obviously. Full frontal nudity with no paywall? Men are crawling this site right now [sorry boys, no comments section to troll]. But what I hope is that when women find Herself, we will gaze with loving eyes, open hearts and access to all of our own human vulnerability.

Oh, the unintentional and lovely turn of phrase. Allow me to frame it in the singular. When a woman finds herself, may she gaze with loving eyes, an open heart and access to all of her own human vulnerability. We need to show ourselves mercy and compassion, lest we turn a forked tongue against the very skin we are so desperate to inhabit comfortably. Then, inevitably, we turn it against other women.

We can’t give what we don’t have 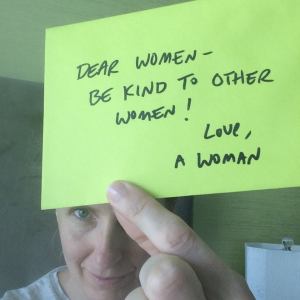 Elizabeth Gilbert says, “It bothers me that women who define themselves as liberal, left-wing feminists (like myself) will stand on a picket line to defend the right of another woman to do whatever she wants with her reproductive system — but then attack that woman for what she decided to do to her face.

Let me break it down for you: It’s none of your business.

Every single molecule of woman’s body belongs to HER.

Yes, even her lips.

Yes, even her butt.”

To judge a fellow woman for her choices about her own appearance is not only cruel, it also speaks to a fundamental insecurity that says, “I am so uncomfortable with myself that I have now become deeply uncomfortable with YOU, lady — and I don’t even know you.” [emphasis mine]

So have some compassion for the fact that it is difficult for any woman to figure out where to place herself on that vast and emotionally-loaded scale of female aesthetic. And check your own vanity before you criticize someone else’s vanity. (And do not kid yourself that you are not vain because you do not partake in certain beauty rituals that other women partake in — because you are also making decisions about your body, your face, and your clothing every single day. With every one of those decisions you are also telegraphing to the world your own politics, your own opinions, your own needs and fears, and yes, often your own arrogance.)

No matter what you’re wearing, you are dressing up, too.

As the great drag queen RuPaul has said: ‘We are all born naked. Everything else is just drag.’

Dear Women—Be Kind to Other Women! Love, A Woman

We need woman-spaces *lousy* with this sentiment. Grab a stack of post-its right now. Stick them up in the locker room at your gym. Or inside books at your local bookstore. Changing rooms. Bathroom stalls. High school guidance offices. Stick one on your own bathroom mirror, a reminder to show *yourself* some kindness.

Herself reminds us that we are all born naked. That’s the kind of purity we should be celebrating, that of a brave new life…before emotional armor, before shame. Let us practice laying ourselves bare in the world, trusting that we might be held. Let us greet our sisters with hands open enough to hold.

← Pondering the Happiness U Curve
What d’ya do with your hands? →